Dirty Koala a Vad Art 13-on 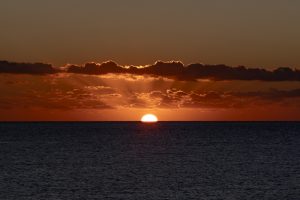 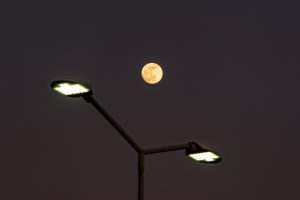 All the world’s a stage,
And all the men and women merely players;
They have their exits and their entrances;
And one man in his time plays many parts,
His acts being seven ages. At first the infant,
Mewling and puking in the nurse’s arms;
And then the whining school-boy, with his satchel
And shining morning face, creeping like snail
Unwillingly to school. And then the lover,
Sighing like furnace, with a woeful ballad
Made to his mistress’ eyebrow. Then a soldier,
Full of strange oaths, and bearded like the pard,
Jealous in honour, sudden and quick in quarrel,
Seeking the bubble reputation
Even in the cannon’s mouth. And then the justice,
In fair round belly with good capon lin’d,
With eyes severe and beard of formal cut,
Full of wise saws and modern instances;
And so he plays his part. The sixth age shifts
Into the lean and slipper’d pantaloon,
With spectacles on nose and pouch on side;
His youthful hose, well sav’d, a world too wide
For his shrunk shank; and his big manly voice,
Turning again toward childish treble, pipes
And whistles in his sound. Last scene of all,
That ends this strange eventful history,
Is second childishness and mere oblivion;
Sans teeth, sans eyes, sans taste, sans everything.
Shakespeare

It keeps eternal whisperings around
Desolate shores, and with its mighty swell
Gluts twice ten thousand Caverns, till the spell
Of Hecate leaves them their old shadowy sound.
Often ’tis in such gentle temper found,
That scarcely will the very smallest shell
Be moved for days from where it sometime fell.
When last the winds of Heaven were unbound.
Oh, ye! who have your eyeballs vexed and tired,
Feast them upon the wideness of the Sea;
Oh ye! whose ears are dinned with uproar rude,
Or fed too much with cloying melody—
Sit ye near some old Cavern’s Mouth and brood,
Until ye start, as if the sea nymphs quired!

I am the Rock, beguiling Sea!
I know thou art fair as fair can be,
With golden glitter and silver sheen,
And bosom of blue and garments of green.
Thou mayst pat my cheek with baby hands,
And lap my feet in diamond sands,
And play before me as children play;
But plead as thou wilt, I bar the way!
I am the Rock!

I am the Sea. The earth I sway;
Granite to me is potter’s clay;
Under the touch of my careless waves
It rises in turrets and sinks in caves;
The iron cliffs that edge the land
I grind to pebbles and sift to sand,
And beach-grass bloweth and children play
In what were the rocks of yesterday;
It is but a moment of sport to me—
I am the Sea! 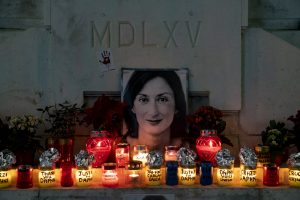 The ruler must bear a high moral character to win the respect and trust of the people, to ensure their happiness and prosperity and to provide a proper example. When the king does not observe the dhamma, state functionaries become corrupt, and when state functionaries are corrupt the people are caused much suffering. It is further believed that an unrighteous king brings down calamity on the land. The root of a nation’s misfortunes has to be sought in the moral failings of the government. 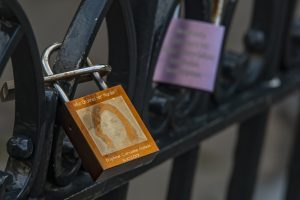 There are people there who care a little ’bout me
And they won’t let the poor boy down
Sure as you’re born, they bought me a silk suit
Put luggage in my hands,
And I woke up high over Albuquerque
On a jet to the promised land…
And let me make it to the telephone
Los Angeles give me Norfolk Virginia
Tidewater four ten O nine
Tell the folks back home this is the promised land callin’
And the poor boy’s on the line